Shahbaz Bhatti died at the age of 42 defending the cause to which he had dedicated his life.

On Wednesday, March 2nd, 2011 unknown gunmen fired a hail of bullets at Clement Shahbaz Bhatti Pakistan’s Federal Minister for Minorities Affairs and the only Christian in the federal cabinet. He was assassinated promoting interfaith harmony and for his unrelenting resistance to Pakistan’s blasphemy laws and the injustices and intolerance they encouraged.

Shahbaz Bhatti died at the age of 42 defending the cause to which he had dedicated his life. His untimely and violent death has left the religious minorities of Pakistan, including Canadian Pakistani Christian Community of Brampton in shock, fear and desperation. Christians of Pakistan are worried, feel orphaned and ask “Who will raise our voice now?”

The City Council condemns the assassination of Martyr. Shahbaz Bhatti and all forms of targeting religious minorities around the world, as it does all other forms of racism, hate, xenophobia and bigotry, and reaffirms its commitment to uphold the right to religious freedom and that hatred has no place in the City of Brampton.

So the Mayor Patrick Brown, on behalf of Brampton City Council, proclaimed that March 2nd, 2020 as “Day of Remembrance and Action on Religious Freedom” in the City of Brampton. 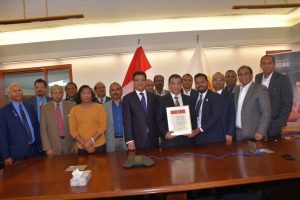 Special efforts: This is the historical work and achievement for someone’s recognition day in the history of Canada. It is great privilege to Pakistani Canadian Christian and Pakistani Christian. Behind this accomplishment; there is a big part of a Human Rights Activist and Journalist Mr. Yeshwa Younis along with his great companions, their names are Peter Bhatti Chair of International Christian Voice, Tanveer Jospeh Chair of Charismatic Social Integration of Canada (CSIOC), Noel Chaudry vice Chair of Canadian Christian Association, Rohail Massy Executive Pakistan Christian Times.

Pakistan Christian Times acknowledges this countless effort of Mr. Yeshwa Younis and his companions and congratulates them for this great achievement.

Christian community a necessary part of our social fabric: AJK…

US gives half a million dollars to India, Sri Lanka to promote religious freedom